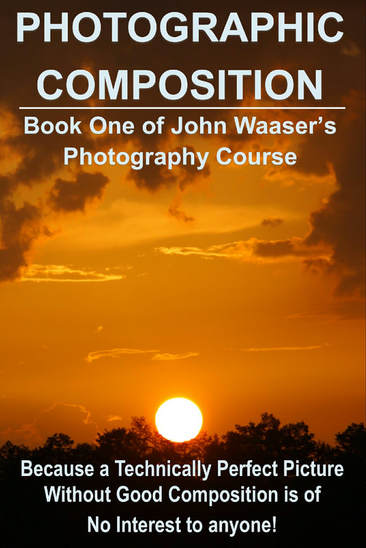 Here are links to retailers where you may view or purchase this book
Paperback
​John Waaser was the perfect person to write this book. As a student, both at Mount Hermon School for Boys and at Northeastern University, where he studied Mechanical Engineering, he was elected Vice-President of the camera club for two years running, four years total, where his principal duties consisted of coming up with the topic for each meeting, and securing the educational material for that topic from top companies such as Eastman Kodak and Ansco. It also fell to him to find someone to proctor the discussion, which about half of the time, he did himself. He later became a freelance photojournalist, and for two decades, he principally photographed motorcycle races, and other motorsports-related activities, including an occasional road test and other features. As a journalist, he showed an ability to take a highly technical subject and break it down so that ordinary people without a technical background could understand it. He took any number of portraits of up-and-coming racers as well. He did a few portfolios for models, and he photographed a few weddings. He spent about a year as assistant editor of a biweekly tabloid newspaper, where he wrote copy, took photos, set advertising, and laid out the pages. He owned Adpho Graphics, a photo studio and advertising agency, in the early 1970s. His personal hobby has long been night-time available light photography outdoors, where he frequently hand-held exposures of up to 30 seconds. He had his own photo lab at one point, where he processed film and prints including both black-and-white, and color negatives, and color transparencies (slides) as well. He constructed a film dryer and an enlarger stand with variable height easel shelf, and published articles and photos of their construction in “Popular Photography” Magazine. For several years, he was listed on the masthead of “Cycle World” Magazine as their Eastern US Contributing Editor. He has owned a computer store, and has owned digital cameras since they had VGA resolution or less. He now owns an Olympus E-PL1 camera with two lenses, and carries several phones and/or tablets at all times. He also taught an adult education second-year photography course at a local community college for two semesters, while one of their regular professors was on a sabbatical.

John felt that it was more important to teach people how to take GOOD pictures, before teaching them the technical intricacies of photography. He lists several examples of photos he sold that were terrible from a technical standpoint, but were superbly composed, or grabbed in a hurry and very flawed as a result, but caught a moment in time that was important. So this book talks about subject placement, background, foreground, color, separation from the background, and other topics which are important to ensure that the photo simply looks good.